This is day three of my Lent 2013 Steam Game Back Catalogue Challenge.

Aquaria is the first game so far that I have voluntarily and enthusiastically played beyond the hour I promised as part of this challenge. This is particularly impressive I think, as today Scribblenauts Unlimited unlocked, and I have been looking forward to that for what feels like a very long time.

Also, I learned a new word! Metroidvania. I’m not sure I’m brave enough to attempt a definition, but it’s a portmanteau of two game names, now used to describe a kind of explorey actioney adventurey game, where you unlock new areas as you go. I know it’s not the done thing to liken five year old games such as this one to something more recent, but it’s hard not to when you have my habit of playing things in eclectic orders. I was immediately put in mind of Waking Mars, one of my favourite games of 2012. Another Metroidvania type game. 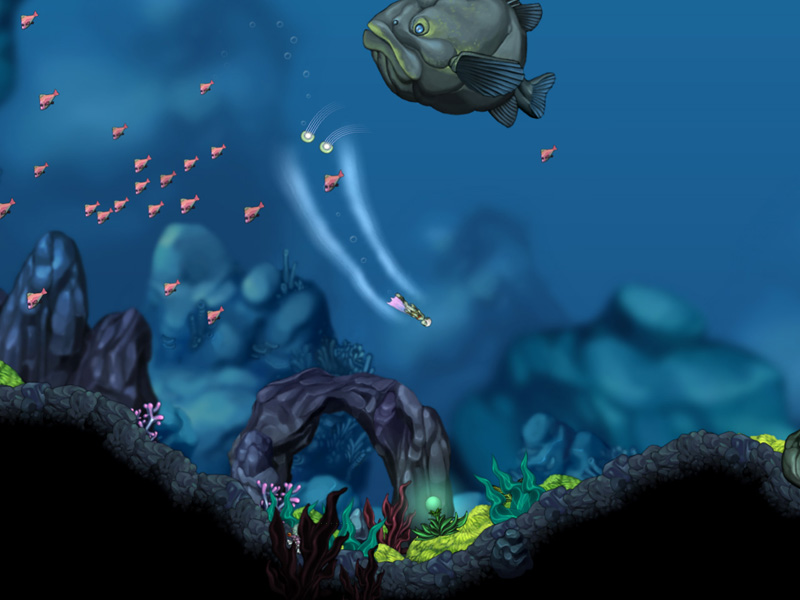 You play as… a sort of singing sea nymph thing. It seems the game is actually very complex once you get into it – the start is a really chilled out swim through the caves you live in, singing to some little planktony jellyfish dudes for no reason, dodging big fish, finding crystals, letting a story slowly unfold. As you learn more, explore more, layer upon layer of gameplay is added.

I don’t really want to say much else. I just want to go back and play more.

You probably can’t give much better praise than that.